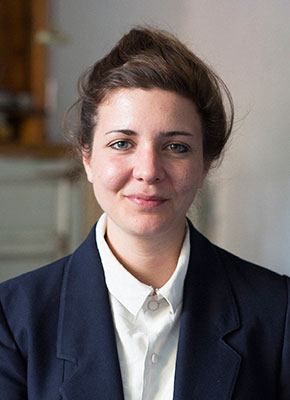 She shot documentary and fiction films in Chile, Venezuela, Indonesia, North Macedonia, Turkey, Switzerland, The Netherlands and Germany, which were shown and won various prizes at international film festivals. For the best cinematography for the documentary film VALENTINA, which premiered at the Berlinale, she got the Michael-Ballhaus prize at the First Steps Awards.

Currently in development: the feature documentary film MODERN PETS by Madeleine Dallmeyer, the fiction film debut by Max Feldmann SISTERHOOD and ZDF kleines Fernsehspiel, in which she is responsible for the cinematography.

She is a member of the Deutsche Filmakademie, AG DOK and part of the Cinematographinnen – women’s Cinematographers Network.